Share a memory
Obituary & Services
Tribute Wall
Read more about the life story of Ardis and share your memory.

Ardis Mae Stevenson, age 89, passed away peacefully on Tuesday, November 29, 2022, at The Beehive Memory Care, in Great Falls, Montana.Ardis was born January 21, 1933, to Harry and Lillian Hanson in Gary, South Dakota. Audie, as everyone called her, was Salutatorian and graduated from Trent High School, South Dakota. Audie moved to Roseburg, Oregon, where an older sister lived. She started her career as a checker at the local grocery store. It was there that she met her husband, Robert Stevenson, and the couple were married April 4th, 1958. Together they raised 3 boys, Gary, Terry, and Rodney. Audie and Bob lived in Roseburg for 8 years, then moved to Montana in 1962. She started checking groceries at Buttrey Grocery and made life-long friends with the other checkers at the grocery store. Audie worked at Buttrey’s for 17 years, until it closed.  She and Bob then ran a bar in Coffee Creek, Montana. After a few years, they moved to Las Vegas, Nevada, where Audie worked at a 7-11 convenience store as a checker and shift manager for several years.

After her husband passed away, Audie moved back to Great Falls, where she took care of her home and yard. She loved working in her flower beds and caring for her rose bushes and favorite flowers, Cosmos. Audie also had a huge love for animals, raising several dogs and numerous cats. She also loved to bake, making the best chocolate chip cookies and apple pie. At Christmas, she would make enough cranberry sauce to feed the whole neighborhood. If she wasn’t puttering in the flower beds, she was in the kitchen cooking.Ardis was a Life-time member of the Fraternal Order of Eagles and Checkers Union.

Ardis was preceded in death by her husband, Robert; her youngest son, Rodney. As well as, her parents, brother and 3 sisters.She is survived by her sons, Gary (Debbie) Stevenson and Terry (Carol) Stevenson, both of Great Falls. Also, many grandchildren and great grandchildren.

Ardis will be missed for her, always present, smile.

Donations may be made to the Fraternal Order of Eagles or The Beehive Homes.

To send flowers to the family or plant a tree in memory of Ardis Mae (Hanson) Stevenson, please visit our floral store. 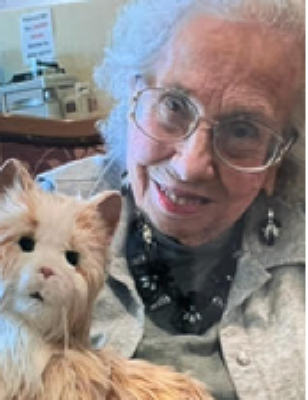 You can still show your support by sending flowers directly to the family, or by planting a memorial tree in the memory of Ardis Mae (Hanson) Stevenson
SHARE OBITUARY
© 2023 Croxford Funeral Home. All Rights Reserved. Funeral Home website by CFS & TA | Terms of Use | Privacy Policy | Accessibility