Share a memory
Obituary & Services
Tribute Wall
Read more about the life story of Charles and share your memory.

A life-long rancher who loved cattle, horses, dogs, rodeo and, most of all, his family, Charles Franklin Melaney, 85, of Wolf Creek passed away on Jan. 22, 2023.

Chuck was born on July 20, 1937, in Buffalo, South Dakota, to Charles and Gladys Melaney. The family moved to Harlowton, Montana, in 1944. Chuck taught Sunday School at the family’s church, and during high school he excelled in basketball and football despite his small stature. As one classmate wrote in his yearbook, “You will be an All-American if you ever grow.” Chuck graduated from the Harlowton High School in 1955.

He attended Montana State College at Bozeman, studying agriculture and playing football on the junior varsity team. He was drafted by the U.S. Army in January 1959 and served until October 1960. When he returned to Montana State, he joined the rodeo team, riding saddle broncs. There he met Susan Burggraff, his future wife. They were married on June 15, 1961, in Helena.

They moved back to the Burggraff Ranch next to Comb Rock on Auchard Creek. In 1965, he and Susan purchased a home and acreage on the Middle Fork of the Dearborn River. With hard work and good management, they added onto their ranch and built up a renown herd of Angus cattle.

Chuck served on the Lewis and Clark Conservation District, the South Fork School Board, and served the Montana High School Rodeo Association in various capacities for 15 years. In 2015, the Melaney Ranch was given the Western Heritage Award.

Chuck loved the ranch, but also had a deep love of rodeo. The two went hand in hand with making sure his kids were mounted on good horses. For Chuck, a good day was working cows, riding one of his favorite horses, Classy or Pappy, and having his dog, Pepper, along. Chuck always loved sports and enjoyed watching his children and grandchildren in their many activities.

Chuck was preceded in death by his parents, Charles and Gladys, and his sister, Pat.

Per Chuck’s wishes, no service will be held.

To send flowers to the family or plant a tree in memory of Charles F. Melaney, please visit our floral store. 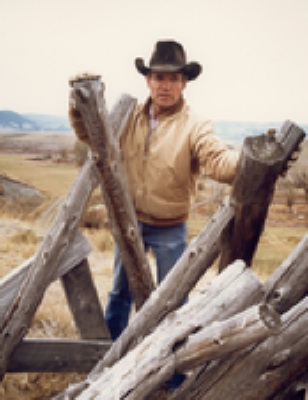 You can still show your support by sending flowers directly to the family, or by planting a memorial tree in the memory of Charles F. Melaney
SHARE OBITUARY
© 2023 Croxford Funeral Home. All Rights Reserved. Funeral Home website by CFS & TA | Terms of Use | Privacy Policy | Accessibility