Share a memory
Obituary & Services
Tribute Wall
Read more about the life story of Gerald and share your memory.

Gerald (Jerry) Meyer, 83, of Great Falls, MT passed away November 23, 2022, from lung complications. He fought a long battle with cancer for 17 years, and also struggled with heart problems. A Celebration of Life will be held at Croxford Funeral Home on Monday, December 5, 2022 at 11 AM.

Jerry was born on August 31, 1939, in Granville, ND to Anton and Dorothy (Steier) Meyer. In 1948, his family moved to Minot, ND. He also lived in Great Falls and Circle.
Jerry graduated from Circle High School in 1958. He was in football and was very good in performing in class plays. One of his accomplishments was winning a Best Actor Award from the State of Montana.

After his graduation he worked for Meissner Bros. Inc. on the farm near Circle. He left Circle in 1959 and moved to Great Falls, where he began working for Buttery Foods in grocery department, before working in the bakery department, managing the bakeries departments in Kalispell and Glendive.

On November 26, 1960, he married Patricia (Pat) Peterson, of Great Falls. In 1968, Jerry, Pat, and their two kids, Gail and Jack, moved to Circle to manage the Travelers Inn Restaurant and Motel, which they later purchased in 1970, and operated it until 1981. By this time, their third child, Tony, was born. He coached AAU wrestling while his sons were in school and decorated beautiful wedding cakes for many siblings’ weddings. They enjoyed summer vacations at his sister, Rose Bailey’s farm, where he helped with haying, before they bought a cabin north of Cascade and enjoyed many years there. In 1982, Buttery Foods asked him to work in the bakery in Great Falls. He was a supervisor for many locations in MT, ID, WA, WY and ND. In 1987 he stepped down as manager when Pat became very ill, and he needed more time with her.

Pat passed away May 19, 1987. Jerry was always close to Pat’s siblings, Cliff, Bonnie, Diane, Larry and their families which were living in the Great Falls area.

In 1990, he started restoring Classic 50’s and 60’s cars. He now has 16 cars. He was always so proud of taking many cars to all of the car shows, one of which was “Cruising the Drag” where he won Best of Show for his 1955 Pontiac in 2000, and many other trophies throughout the years. He was so honored when he was asked to give tours to show off his cars to any family member or even strangers. He loved making a yearly calendar of the cars, and sent them to family and friends.

To send flowers to the family or plant a tree in memory of Gerald A. Meyer, please visit our floral store. 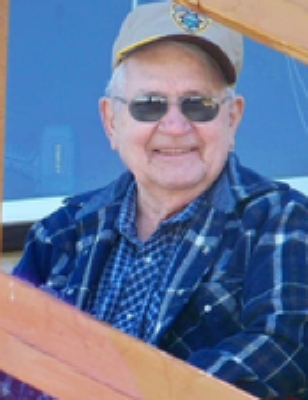