Share a memory
Obituary & Services
Tribute Wall
Read more about the life story of Irene and share your memory.

Irene Munroe Young passed away on Sunday evening, November 27, in Great Falls, Mt. where she had been living the last few years.  She was born in Great Falls on November 10, 1930 to Everett and Florence Munroe of Cascade, Mt.  The family soon relocated to Dutton when the depression wiped out the sheep ranch.  Growing up she loved to help in the cafes, esp. with her Aunt Ollie.  That joy lasted her whole life, as she was a wonderful cook, making huge meals, all homemade from scratch for her large family.  Her baking was well known, and her cinnamon twists were a local favorite.  They became a family tradition with her providing fresh twists to all her family for Christmas morning.  Her wonderful meals were a way of showing her love, as was her sewing.  All new ones got a receiving blanket and a quilt for the crib, and the granddaughters all got beautiful handmade dresses for Christmas and Easter.

Irene graduated from high school in Dutton at the top of her class.  She added one year of advanced education at the Ursuline Center in Gt. Falls.  She had a wonderful memory and she was a very intelligent woman, who kept daily journal entries and meticulous farm records.

On December 3, 1949 she married Robert Young, son of Harry and Viola Young of Power.  They built a life on the East end of the Fairfield Bench near Power, where Bob, the kids, and a number of the grandkids graduated.   She was a member of the Birthday Club and the Good Neighbor Club, both social clubs for the women so they could make the ties that bind a community together.  She also helped with Sunday School, Bible School, and 4-H.

Early in their married life they did a lot of dancing at Power, Greenfield, and Bole.  They loved to play cards, especially pinochle, and every Thursday night were regulars at card parties in Power or at the Neuman School, east of Power.  Sundays were a day for visiting neighbors, or them stopping to see you, and playing cards.  Later Sundays turned into family dinner with all the kids and grandkids, and playing cards.

Having grown up in dryland Dutton, Irene was very appreciative of the green of the irrigated Bench, and had a huge garden and a beautiful shelterbelt.  She never shied from hard work and baled hundreds of miles of windrows with her crank start model A International tractor.  She often had animals in her house, kittens, piglets, calves and lambs, to be warmed from the frigid cold, but also a wide variety of wild animals, including a pet fox and pet raccoons.  She loved tending to her garden and flowers, she always had a cat to love, and she almost always had a blue dog named Susie.

She was strong, independent, never said quit, and she wanted to be capable to do things for herself. Every time one of her off-spring has to deal with adversity and they find the strength to get thru their ordeal, they can thank her, for much of the strength they find in themselves came from her.

She was thankful to have seen so much of her family at her recent birthday and over the long Thanksgiving weekend.  Irene was a woman of strong faith and was very fond of her little church, the Power United Church of Christ, where she played piano and organ for many years.  For the last 3 weeks she had been having thoughts of a big party for her with lots of friends and family.  I expect she is at that party now, with her daughter, her husband, her little sister and big brothers, her mom and dad, and many others.

Irene was preceded in death by her parents, Everett and Floy; her husband of 66 yrs., Bob; and her daughter Janice; brothers Dick and Bud; sister Berta; brother in law Glenn Wills; and sister in laws Molly, Darlene, and Helen.   She is survived by her son Bob (Shirley), their daughters Jamie (Justin) Ball and Ashley (Jean) Dantica, and their 8 grandchildren.  Ron and his children; Ron, Marc (Simone), Marcia, and Angie (John) Davis and his 10 grandchildren.  Doug and his daughter Raechel Young (Alex Krenzler).  Steve (Salley) and their children Darby, Whitney (Ty) Brewer, Gentry, and  Cooper (Amanda), and one grandchild.  Cliff (Colleen) and their children Kelsey (Wes) Seward, Clint, Sarah (Keith) Cowan , and Ethan (Lauren) and 7 grandchildren.

She was laid to rest at Highland Cemetery on Saturday, Dec. 3, on what would have been her 73rd wedding anniversary, with immediate family present.  There will be a memorial service for Irene, and a celebration of life at a time and place to be determined later.  We hope you will be able to attend.  Memorials are suggested to the Power EMS.

To send flowers to the family or plant a tree in memory of Irene Munroe Young, please visit our floral store. 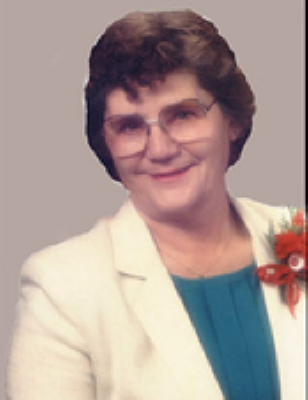 You can still show your support by sending flowers directly to the family, or by planting a memorial tree in the memory of Irene Munroe Young
SHARE OBITUARY
© 2023 Croxford Funeral Home. All Rights Reserved. Funeral Home website by CFS & TA | Terms of Use | Privacy Policy | Accessibility