Share a memory
Obituary & Services
Tribute Wall
Read more about the life story of Stephen and share your memory.

Stephen "Steve" Haselden passed away on the morning of January 13, 2023 at the age of 84. A Memorial Service to honor the life he led will be announced in the future.

Stephen Haselden was born on August 11, 1938 in Washington D.C. to Douglas and Mary Haselden. He attended Suitland High School in Suitland, Maryland and graduated with the class of '56. Later on, he met a lovely lady named Joan McClain in Temple Hills, Maryland and instantly fell in love. They wed in Camp Springs, Maryland on June 1, 1962 and had their two sons, Stephen and Timothy, soon after. Stephen and Joan spent 54 lovely years together laughing, sharing, and loving each other until Joan's passing in 2016.

Stephen could be described as a "poker bully" and "a ground zero computer expert". Upon graduating high school, he joined the United States Navy, where he attended flight school and submarine school. Submarine Harder (SS 568) was his first sub, Submarine Becuna (SS 319) was his second. Once out of the Navy, he began working for the U.S. Census Bureau and was a huge part of the beginning of the computer age, where he earned the Award of Excellence. Stephen loved strategic games, his favorite being the game of Risk which he enjoyed playing with his grandchildren and hold 'em poker. He was also a member of the Elk and Moose lodges and an avid animal lover.

He left a huge legacy and will be missed dearly.

To send flowers to the family or plant a tree in memory of Stephen "Steve" Haselden, please visit our floral store. 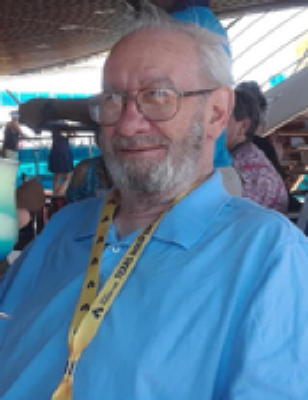 You can still show your support by sending flowers directly to the family, or by planting a memorial tree in the memory of Stephen "Steve" Haselden
SHARE OBITUARY
© 2023 Croxford Funeral Home. All Rights Reserved. Funeral Home website by CFS & TA | Terms of Use | Privacy Policy | Accessibility